“a minor flaw in our action plan lies in its apparent lack of imperfections, leading to difficulties in further improvements”

“speak blessings to yourself. Do not allow others to speak negative words of your name” (what even?!?)

“…Sorry I’m not myself today
I must be si-zling in your never yan-ding pool of sexiness
Yours truly,
Georgina the broccoli”

“does it count as being a lightbulb if there are two of us?”

I realised I forgot to blog about teo’s farewell last time so… as of a few weeks ago, rggym started training at ri gym, ie no more henry park and teo :(( actually I suppose it shouldn’t really matter since we’ve graduated already but it’s strange to think about how our juniors will have such a different training “culture” and no more seniors come back to hpps to judge trials and stuff :/ anyway we had a farewell dinner for teo at j8 manhattan (I don’t even know why they would wanna let us book cos we were this huge bunch of extremely noisy people hogging tables, and it wasn’t even very profitable for them cos we are cheapos who used up all of angelia’s 1 for 1 vouchers hahaha) then went to take a ton of photos with teo at the mrt entrance LOL. Miss teo’s training and taking his car back with thomson gang :( and it’s so weird to imagine that our tiny little sec 1s are soon gonna be sec 3 and be seniors!!

After teo left most of my batch went marble slab :D it’s good!! We ended up eating mostly in silence and I realised I’ve gotten quite used to silence(s?) so I can’t really tell if a silence is awkward or not HAHA. But yeah I think sometimes it’s nice to not have to make conversation lol #antisocial

Claimed my cts treat (final score 3-2!) at strictly pancakes hehe :D otw there we just happened to meet codee angelia debbie charmaine after their sushi buffet- so qiao right!! But yeah thanks to that, open secret is no longer a secret haha actually I’m quite amused at how slowly it spread! Anyway strictly was gooddd 8)

I got rostered to cover founder’s day so had to go to school early on a saturday D: uhm it was not as bad as I’d expected! It’s nothing like rgs founder’s day lah but just speech day/prize-giving, and welll most of it was really boring. But at least I got to walk around, unlike all the other students sitting at the back who were so bored lolol. I think being a photographer needs some level of shamelessness like when the GOH is talking you’re supposed to just walk up right in front of him and shoot him talking. Which I don’t really have meh so paiseh to stand in front and block everyone! Andd I did sth very embarrassing ahh but luckily not a lot of people saw (I hope!!). Anyway it ended way ahead of schedule so benji and I went to get food :D ms stephanie siow was there also so we went to ask her if she remembered us (she remembered calling benji the qianbian face ahahaha).

After founder’s day I went to hpps for seniors-coming-back-to-visit-teo day. Was quite nice to see all the seniors together and ofc teo!!! We just had lunch and took photos around the gym, but didn’t get to stay very long cos we had to prep for farewell- jelita shopping then went to reudi’s house to make the pinata! His house super nice :D we spent super long on the pinata (which had $40 worth of sweets lolol) but it failed the first time hahaha but after we re-tied it up it was not bad!! Overall I think farewell was pretty good already lah considering we aren’t even very close to the seniors. Good bbq food + funny people and games (actually mostly just the dancing one ahahahaha) + sparklers! Most of the seniors just wanted to nua inside the house so we got more sparklers to play. Light painting is so cool :D we sang the changed-lyrics sch song which was v retarded lolol but I think they were impressed with the farewell gifts! Yay all our hard work during trainings/lectures haha esp tiff who did so many notebooks and pens!!

I had my camera for founders day so ended up being photographer for the rest of the day too, I took like 600 photos altogether the whole day .__. and had to post process founders day photos so I decided to download lightroom trial. It’s really nice to use ahh so much better than iphoto!! I need to learn how to torrent it or something

Celebrated lizzi and leanne’s bday at EwF! The food is pretty nice but not super fantastic I guess. Oh but their desserts look really good!!! We had a cake though so didn’t get to try the desserts D: anw it was nice to see them! Ended up mostly a gossip sharing session where as usual I don’t know half the people lol but ok lah it was not that bad

Went out with dawn twice last week! Once for yoguru, she had vouchers but cannot use together so after finishing 1 cup each we got another one to share LOL. And fri after training she crashed my family’s dinner/supper! Super funny cos we went to eat sam lo hor fun, then when deciding what to eat dawn was like “i’m ok with anything! Except taugay. And fish.” And sam lo is basically taugay and fish ahahaha. But my father made her try some taugay hahaha accomplishment of the century

Uhmm what else haha I’m v amused by my friends every day! Random talking at mos/ in sch cos we had a 3h break between lessons today x) 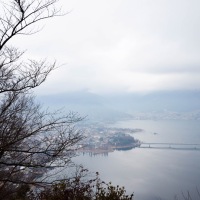 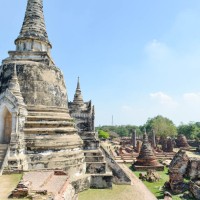 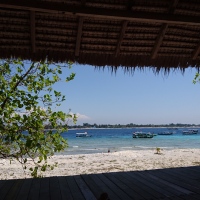 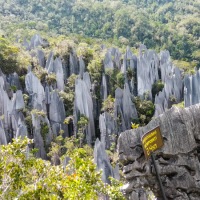